The fourth Community Conversation took place on October 17 at the Grinton I. Will Library in Yonkers.

Would you like to comment on this event?  Please send your thoughts to connections@wlsmail.org; provide your first name and your town of residence for attribution.

Some highlights from the discussion:

Martin F. Horn, John Jay College, City University of New York, Executive Director of the New York State Sentencing Commission:  Mr. Horn started his career as a NY State parole officer .  His supervisor, in 1969, told him “Kid, there’s nothing new under the sun in corrections.”  Mr. Horn shares that truth with his students today, contending that what we do to respond to crime is what we’ve been doing since federalist times, “…and we’ve been pretty much getting the same results.”

In discussing parole, Mr. Horn said “Nobody can follow those rules”.  The theory is that the parole officer would intercede in the ex-inmate’s life when they start to go astray, but “…the research shows that it just isn’t so.”  Mr. Horn points to the those states that have done away with parole, saying that the numbers for recidivism do not change.  The real issue is more likely to be that we return inmates to communities to live on the street (with a suit of clothes and $40) and no jobs.  “In that case, they are gonna get high and come back.”  It would seem that “We don’t care enough to send people out with a home, a job, and a plan to stay sober.”

Mr. Horn views the prisons as places that foster the very behaviors that we want to extinguish, because those behaviors are the ways that people most often use to cope with despair.  He argues that we will always have prisons, because they fulfill a role.  Prisons are “fundamental institutions,” just like schools and libraries.  The caveat here is that the numbers imply that the function of prisons has been waylaid.  We seem to overuse them, in part because of a “lack of creativity in response to crime.”  As an example, Mr. Horn asks what purpose was served by sending Martha Stewart to prison?  Could we have achieved our social goals in another way?

In a discussion of rehabilitation, Mr. Horn expressed doubt about the ability to design rehabilitation, but he does think we have an ability [and a responsibility] to teach a person to read and write.  He notes instances of finding that inmates leave without fundamental education [literacy, high school equivalency].

Mr. Horn spoke about the impact of “putting people away.”  He described the role of the Correctional Association of New York as an example of a way to provide citizen oversight.  Chartered in 1846, it has a visiting committee that goes on site to all state prisons once a year.

Justin D. Pryne, Westchester County Department of Correction:  Mr. Pryne pointedly refers to corrections as an “industry” and claims that it is a huge part of American society that people don’t realize exists.  He notes that the Department of Corrections is the second largest department in the County after social services, with an annual budget of over $130 million, 900 staff members, and a 1,000 inmates (7,000 inmates go through the jail annually).  “It is an enormously expensive place to run.”

Mr. Pruyne described the key differences between prisons and jails:  Prisons are where you go after you’ve been sentenced; jail is where you can be when awaiting trial.  As a result, the jail population is both more fluid and one where people are more likely to be in active distress as a result of having just been arrested.

One aspect of the fluidity is that those in jail are together with people who have committed all types of crime.  Among these are an enormous number of people with co-occurring substance abuse issues and mental health concerns.  In fact, in this population, which can range in ages from 16 to 86, many have medical issues and approximately 60 percent have some sort of mental health challenge.

When asked about efforts to separate those who have committed different types of crimes, Mr. Pruyne noted that the  underlying charges do not reflect the behavior in the institution.

Mr. Pruyne called attention to the decline in the jail population in Westchester County, from 1,600 in 2009 to 1,000 today.  He attributed the decline to specific attention paid to reform.  This effort has been as a result of the participation of the courts, probation, parole, and community partners.

Mr. Pruyne noted that it is important not to lose sight of the need to treat each inmate like a human being with unique backgrounds and concerns.  Those in jail have just been removed from often complex circumstances – Who is going to pick up the children, pay the rent, feed the dog? Looking toward their release, special attention is paid to those with a mental health diagnosis, especially since the majority of those in jail are discharged to the community. 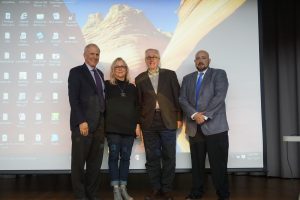 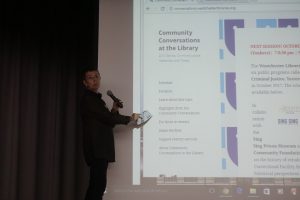 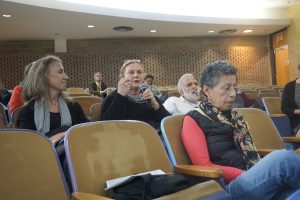 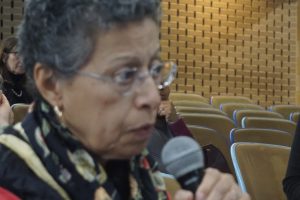 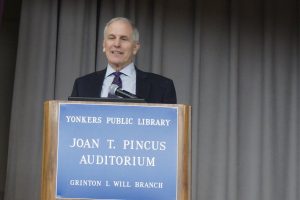 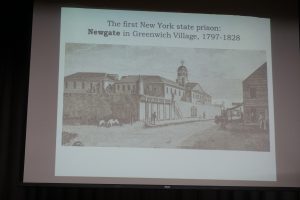 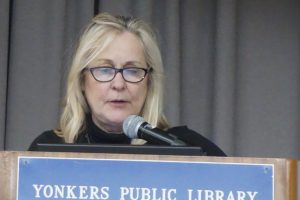 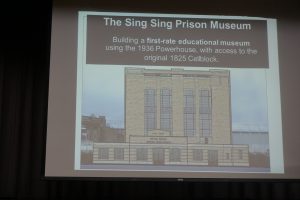 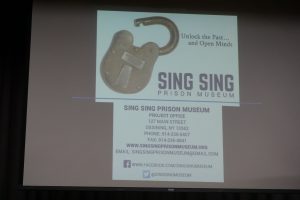 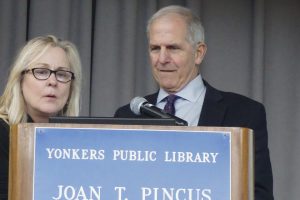 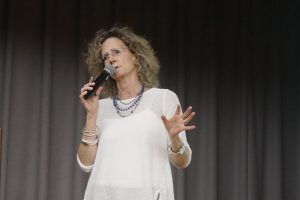 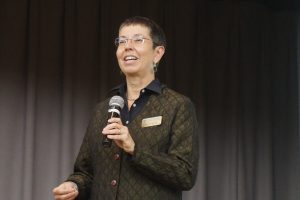