Would you like to comment on this event?  Please send your thoughts to connections@wlsmail.org; provide your first name and your town of residence for attribution.

Roger Panetta, Educator, Historian.  Mr. Panetta referred to prison museums as a type of “dark tourism”.  He noted that these museums (more than 150 of them exist) draw 3 million people each year; 1/3 of all prisons that have closed have turned into museums.  Given that these institutions are largely hidden in our communities, he asks how we come to know what we know about prisons.  He contends that the average American, by the time they are ready to vote, will have seem enough media to get a PhD in the subject of prisons institutions.

In closing, Mr. Panetta urged that we consider how information about incarceration and its impact on our communities is made available, noting that “reform only happens in response to awakened consciousness.”

Donna Marino, Hour Children.  Ms. Marino provided an overview of the work of Hour Children, which encompasses the experiences of parents and their children both inside and outside the prison.  She spoke about the reach of the impact of incarceration on children – 1 among every 25 children in America has an incarcerated parent, or 1 child in every classroom in America (5 in classrooms in communities of color).  A book she recommends for a flavor of the impact on children is Ruby on the Outside by Nora Raleigh Baskin.

In response to a question about housing, Ms. Marino shared that, for women getting out after 25 years in prison, there are many with no place to go.  Their children are grown and the shelter system does not offer the type of secure location from which these women can launch themselves.  Hour Children is currently looking to purchase housing in the upper Westchester area to meet the service demand.

Echoing the comments of Hour Children’s Sister Tesa, which were offered on October 5, Ms. Marino noted that, outside of the prison, their efforts focus on jobs and housing, particularly in their Long Island City operations.

Barbara Lambros, Westchester County Re-entry task Force.  Ms. Lambros described what brought her to this work, noting her background in special education and with those with severe and persistent mental health issues.  She spoke about the volume of those who are returning (25,000 released annually from NYS prisons) and the rate of recidivism (42%).

Ms. Lambros described those with substance abuse and mental health issues as especially challenged by the experience of re-entry.  She said that 85% of the people in the criminal justice system have a history of trauma; many who do go into “the system” are not aware of why they were struggling for most of their lives.  As a result, while in prison, they may be getting the first real support to move on with their lives.  In re-entry they may have access to needed training, which can include cognitive-based approaches, anger management, and employment skills training.

She noted that the longer people are in, the more things have changed on the outside.  Upon release they need assistance with obtaining basic identification, as well as housing, employment and education

Q&A:  In a discussion of parole, Mr. Varella cited a program in Vermont that uses a mentoring model, but ultimately pointed to the community’s responsibility for re-entry.  Mr. Panetta referred to parole as “an attempt to fix a broken system.”  He called for a more radical review of what the system has been, while acknowledging a fascination with its incredible persistence. Ms. Marino noted that the people who take advantage of the programs that are available are more likely to be successful; a challenge is that those in re-entry are not often aware of what is available in the community.  She also noted that, because of the trauma that most have experienced – their ability to move forward is likely compromised by their capacity to come to terms with that trauma.  Only when are they ready can they take advantage of the available services. 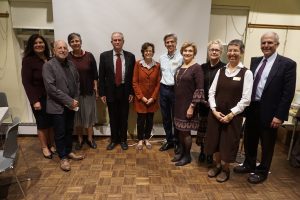 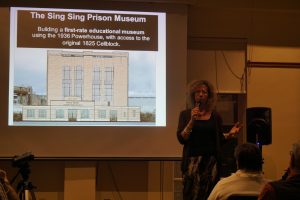 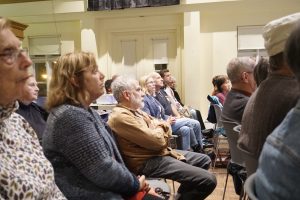 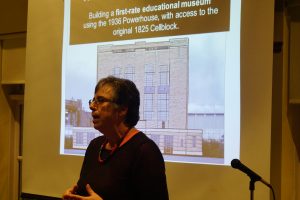 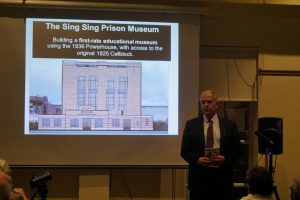 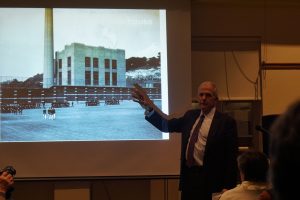 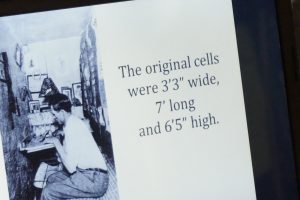 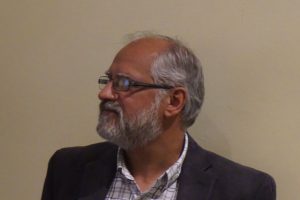 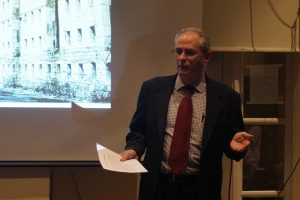 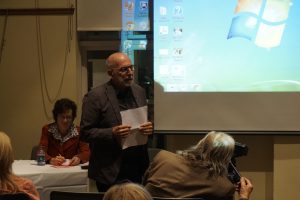 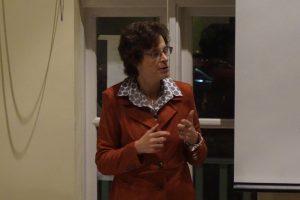 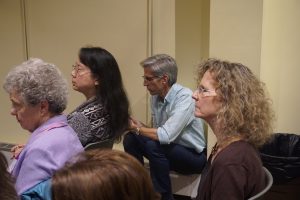 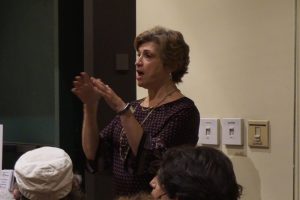 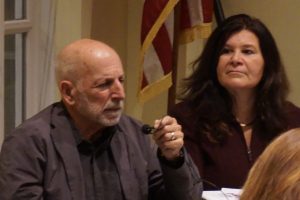 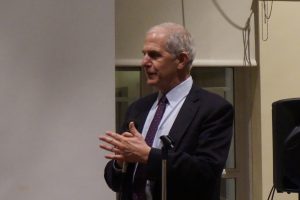 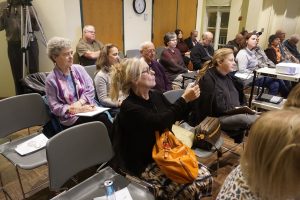 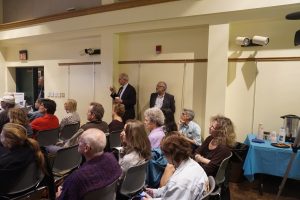 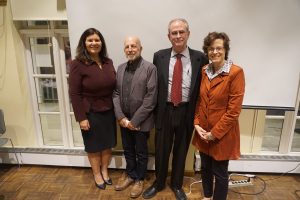 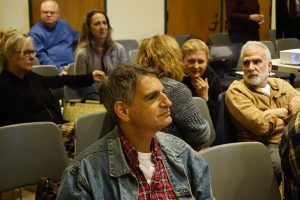 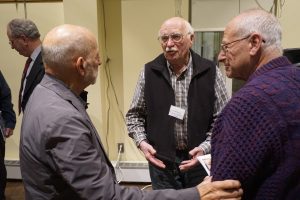